Check out this great resource of strange maps. http://bigthink.com/blogs/strange-maps

Thanks to Prof. Will Contino for sending this our way! 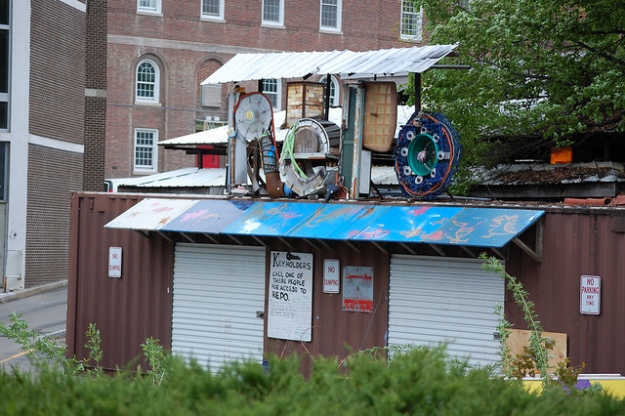 Salutations from REPO!
Join us…for the first meeting and clean out!

When: Today, Tuesday AUG 28th, 1pm to 6pm (clean out) 4 pm (meeting)
Where: Repo, the storage container located next to the outdoor kilns and lower Harder parking lot
What: An official Repo meeting will take place at 4:00 pm outside the container during the clean up, where we will be discussing future plans for Repo. If you cannot attend shoot us an e-mail expressing your ideas or interest at repo@alfred.edu
Why: Come on down to score free materials, say your two cents, and lend a much needed hand for the old girl’s beginning semester cleaning. Layers of undocumented materials will be unearthed for the first time! Be there to take part in the miracle!
Contact: REPO,  repo@alfred.edu or  http://repo.alfred.edu/.

Check here for the HUNT blog… set up by Joe and Alex! It will give you lots of inspiration as you think about maps and the other assignments this week. You will also find the written versions of the assignments here for downloading. http://alfredhunt.tumblr.com.

Monday we will be meeting in Harder Hall in the Foundations Studio at 8am. Please be on time since we will be jump-starting things rather quickly.

Please bring with you your Tool Kit, Home Map, Special Object and Sketchbook/Pen.

While you did not need to buy your Tool Kit from AU, it is required for all students. If you did not pre-order a Tool Kit and need one, the Bookstore does have extra for sale, but please act fast since they are limited. You will not need your book, How to Be an Explorer of the World, just yet.

END_OF_DOCUMENT_TOKEN_TO_BE_REPLACED

Join us in welcoming Joanna Wright and Alex Ashcroft to Alfred! They were invited by the Foundation faculty to create a first week adventure. You all will be working with them this week on a project titled, HUNT!

Joanna Wright is a Welsh artist who works with documentary film, oral history recording, archives and photography. She’s the artist in residence for Zero Carbon Britain 2030, http://www.zerocarbonbritain.com/ at the Centre for Alternative Technology http://www.cat.org.uk/  where she’s setting up a collaborative, artist led, documentary project to record the work of the zero carbon research project.

Joanna lives and works in Bangor, in north west Wales.

Alex Ashcroft is a sound designer and engineer working across diverse audio disciplines. His collaborations include studio recording and location recording projects, film work, audio-visual gallery installations and live performance art. He is based in London and works internationally.

Joanna Wright and Alex Ashcroft have worked on a number of collaborative projects together, and have recently been commissioned by the Arts Council in the UK to produce a new project that will be shown on the side of a medieval castle here: http://blincdigital.com/ 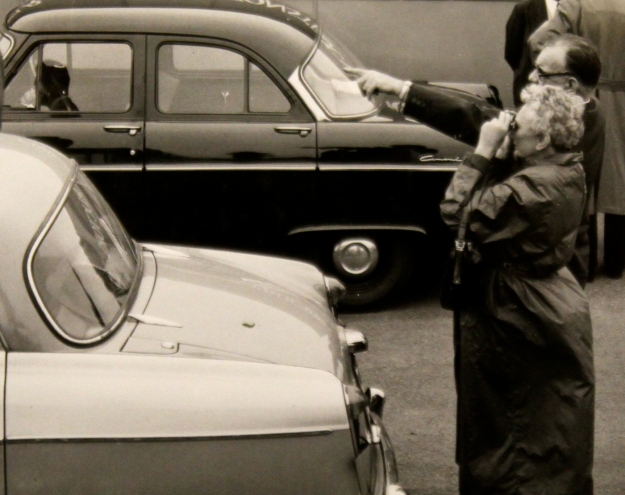 The First Week Project is a way to bring all of you together and introduce you to each other, the program and the community of Alfred. This year we have invited the international artists Joanna Wright and Alex Ashcroft to design and lead a week-long project called HUNT. You will all begin the week by bringing a special object and a map from your home town to class. This will help us think about where we come from and through discussions and presentations about maps and place, we will begin to explore how place influences us. END_OF_DOCUMENT_TOKEN_TO_BE_REPLACED

Interested in working with sound? You may want to add this free software to your computer…Audacity  http://audacity.sourceforge.net/download/

Note: These are the orientation activities associated with the School of Art, there are other activities on campus that you may also want to attend.

To learn more go to: